“BUCKETS of HOPE” at LIVING HOPE HIGH SCHOOL IN KENYA

The news from Living Hope, our mission project in Bungoma, Kenya, is both encouraging and disheartening. The situation there, due to the Corona Virus, remains dire as the children at our orphanage were sent “home” in March when the government closed all schools. That meant that many of our children had nowhere to go since many of them do not have families. An already depressing situation where families were starving due to the locust infestation and unduly heavy rainfalls for months on end meant having an extra mouth to try to feed was not an option.

Consequently, Marilyn Uhl, Director of LHHS, found children returning to the school, begging for food and pleading to be taken in.  She has secretly let them stay, hoping the government will not learn of their presence there. The children have planted crops, maintained the school property and engaged in many projects to help people who live around the school. During the past four months 4 houses have been rebuilt,  3 gardens have been planted for neighbors, 5 latrines built, and 42 buckets of food delivered. Two teachers volunteered to return to teach the students there in exchange for room and board.

“Buckets of Hope” project is one more service project LHHS has devised to help those in need. Plastic buckets costing $2 each are filled with toilet paper, a large bar of soap, tooth brushes, tooth paste, candles, matches, a New Testament Bible, 2 pens, a notebook, one kg each of maize, beans, rice, sugar, loose tea, salt, cooking fat. Vegetables from the LHHS garden are added in addition to fresh milk from Hallie, the cow. These buckets are the only gift that most of these people have ever gotten and are treasured for many uses once the contents are gone. They cry; they sing; they raise their hands in thanks to God. Marilyn says she thanks the donors for their support to enable LHHS show people that God loves them and they are not forgotten. It also gives our students an opportunity to be on the giving end of things instead of just receiving.

Hopefully, the children will be able to return to LHHS in January when they will repeat the past school year. Costly medical testing for all diseases will need to be done for Typhoid, Malaria, STD’s, etc. and inoculations given before the children can be readmitted.

I have been in touch by phone, email and by Zoom to keep abreast of needs at Living Hope and to try to help from here. The possibility of my returning in February seems highly unlikely at this point. Although our intended Mission of the Month fundraising for a new dorm at the school didn’t materialize due to the crisis, those of you who contributed can be assured your money was put to good use not only at Living Hope, but in the surrounding community. The bricks for the new dorm are stored until a later date when we can again help with the cost of building the dorm.

Our students, despite their circumstances,  remain ever hopeful for the future and cling to their strong belief that God is good….  Connie

Living Hope is an accredited residential Christian school that has been in existence since 2010 in Bungoma, Kenya – 8 hours north of the capital of Nairobi. Eighty eight impoverished teens who live and are educated at Living Hope have lost one or both parents due to AIDS, desertion or disease.  Some have both parents but live in abject poverty. Students fortunate enough to be accepted to live and study at Living Hope find their lives radically changed as they experience, many for the first time, a bed to sleep in, three meals a day and the opportunity to envision a bright future.

Jarrettown Church’s association with Living Hope began in 2014 when member Connie Damon went to the Eastern United Methodist Annual Conference and spoke with the Director of Volunteers in Mission. After learning of the opportunity to serve in Kenya, she was paired with a team of volunteers from West Virginia going to Living Hope the following January for three weeks.  This was the first time a mission team had gone to Living Hope.

After seeing the many needs the new school had, Connie returned to Jarrettown Church to share with the congregation her experiences.  She asked her church family if they would help to raise money to dig a well so the children could have fresh water and thus eliminate the rampant Typhoid at the school.  Within a month, the $15,000 was donated and the well was dug, radically changing the lives of the students……and yes,  Typhoid was eradicated.

Since then, Connie has returned to Living Hope six times thus far and has returned to the congregation with news of a new project which will improve the lives of the students. Jarrettown has provided a van for emergency transport (the only vehicle in the area), built  the Healing Hut which provides medical support on the campus for students, paid for hiring of a nurse and medicines to stock the Healing Hut, helped with needed repair of buildings, and most recently purchased an adjoining piece of property where a new dorm will be built.

The students at Living Hope are unable to pay for secondary school.  Were it not for the generosity of U.S. sponsors, the students would not be able to stay there. The cost to sponsor a student is $110/month.  Donations are the only source of revenue for Living Hope. The school has the Advance Mission designation from the General Board of Global Missions of the United Methodist Church but it does not receive any monies from the Methodist Church. Jarrettown’s Adult Sunday School Class sponsors a student who is now a senior and planning to go off to college to study Law.    Connie, who sponsors two students, (one of whom is now a junior at the University of Mombassa) continues to be fervent in her search for sponsors for the students.

The Bible instructs us in James 1:27 to care for orphans in their troubles. Jarrettown Church is committed to putting Jesus’ Word into practice through the support of the Living Hope students with prayers, love, time, and money. 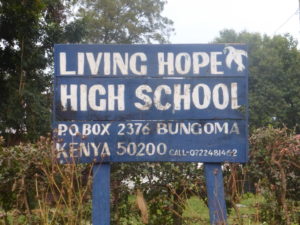 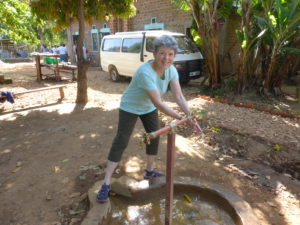 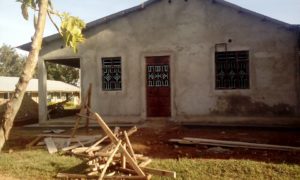 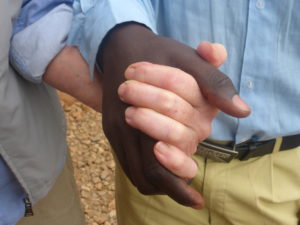