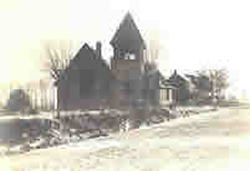 In March of 1865, William P. Howell was appointed as the pastor of the new Jarrettown Methodist Episcopal Church. Prior to this appointment the Methodists met in homes in the Dresher area. A piece of land was acquired and a group of persons began assembling. In September of 1866 the first church was built on the current property on Limekiln Pike. A devastating tornado partially destroyed the church building in May 1896.

On Valentine’s Day 1897 a new church building was completed. That building is known today as the ARK. 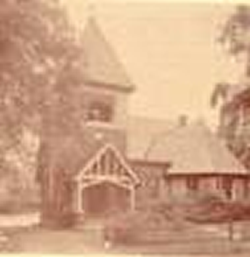 By 1959 it was clear that more space was needed for the church school. Following a congregational meeting, it was voted to build a new educational structure on the property. The current Fellowship Hall was dedicated in 1961. In light of the proposed growth in the area, it was clear that a new sanctuary would also be needed. The first service was held in the new building on December 16, 1965.

New JUMC BuildingThroughout the history of Jarrettown church, the congregation has worked to further the kingdom of God both in our community and throughout the world. The members have collected goods for the needy, sent workers to the Appalachian Service Project, run an annual Vacation Bible School and assisted isolated shut-ins through Aid For Friends and the homeless through North Hills Mission. Jarrettown United Methodist Church rejoices in our “glorious past, energetic present and challenging future.”